Barry Douglas, who is the heart and soul of the successful Clandeboye Festival, gave a memorable solo recital on Wednesday to a packed audience in the estate’s Great Hall.

Douglas has recorded an acclaimed new release of Schubert’s solo … 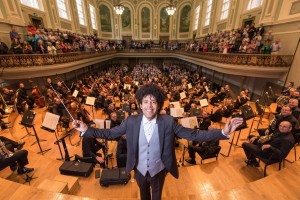 The Ulster Orchestra, under the baton of music director Rafael Payare, played a programme of huge contrasts, new and old, to a capacity audience in the latest of its Great Symphonies series.

The concert opened with the Irish premiere of Piers Hellawell’s Wild Flow, a …

Read More
All About Piano Festival 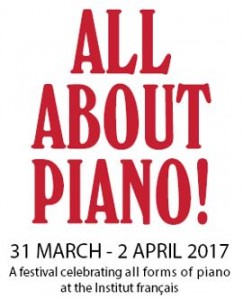 All About Piano! returns to the Institut français for its 5th edition, with a programme as exciting as ever: from concerts to talks, cine-concerts, masterclasses, free tuitions, kids’ activities and even an art exhibition: there is an event to suit all!

Come and join us …

Barry Douglas leads Camerata Ireland in their fourth tour of China this week (9 – 12th December), including performances in major cities Shanghai and Wuhan as well as the capital Beijing.

Barry Douglas has released his latest recording, Celtic Airs, on Chandos. The recording, which has already been released in Europe and the United Kingdom, is set for release in the U.S. on 28 October.

With this new volume, Barry Douglas once again weaves …